Woman in the Plural

£15.00
179 Available
ISBN
9788086264561
Add to Wish List
Woman in the Plural is available to buy in increments of 1
A groundbreaking of Surrealist poetry and other texts by Vitezslav Nezval, one of the greatest European poets of the 20th century.
Skip to the end of the images gallery 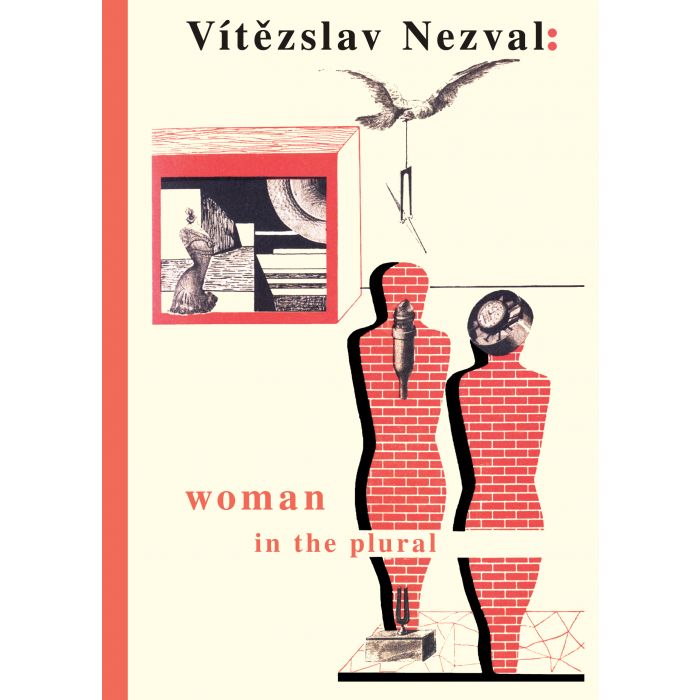 In the summer of 1935, Vítězslav Nezval, already one of the most celebrated Czech poets of his generation, embarked on a period of manic creativity that would result in three volumes of poetry written and published in a two-year span (1935-37), mirrored by three volumes of memoir-like poetic prose. These collections would not only reshape Czech poetry, blending approaches developed by the French Surrealists with national cultural sensibilities and political concerns, taken together they are among the highest achievements of the interwar avant-garde. Each of the three volumes adopted a different principle of Surrealism as its general modus operandi. For Woman in the Plural (1936), the first volume in this loose trilogy, objective chance is the guiding principle (while the third and final volume, The Absolute Gravedigger (1937), adopted the paranoiac-critical method). Here Nezval spins images of the female form like a zoetrope to create novel and hallucinatory ways of conceiving woman's mythical, divine, and creative power. A major contribution to the interwar's internationalized avant-garde, this eclectic collection addresses the social and political instability of the 1930s while also displaying Nezval's prodigious talents in a variety of forms, styles, and genres. Profound free verse, at times reading like a cascade of automatic writing, is paired with pages from Nezval's dream journal, an exuberant set of Surrealist exercises, and a full-length play of chance encounters with "a woman like any other." Never before translated into English, this is a vibrant, volatile collection, a true tour de force from one of the greatest European artists of the 20th century.