£14.00
More than 50 Available
ISBN
MUPPERCASE18
Add to Wish List
Uppercase 18 June 2013 is available to buy in increments of 1
Skip to the end of the images gallery 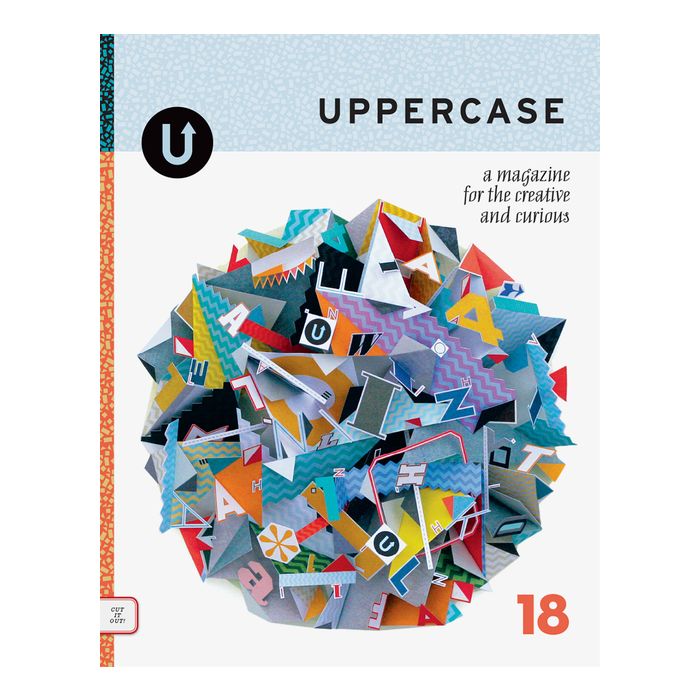 Skip to the beginning of the images gallery
Details
At UPPERCASE headquarters, a sunlit upper floor studio in downtown Calgary’s Art Central building, I am preparing to pack up nearly nine years of my creative life. The building is slated for “redevelopment” (a gentle euphemism for “wrecking ball”) and though the time frame for the new building to replace the old is unclear, it is time for us to go. When I commissioned artist Sarah Bridgland to create a three-dimensional illustration for this issue’s cover, I didn’t initially see the parallels between her work and our current situation. It was Sarah who suggested that she use past UPPERCASE covers to create a new one. When she delivered the final image I saw how appropriate her technique was for this moment in the magazine’s history. The destruction of the older issues was done with respect and purpose and from the debris she created something magnificent. In that spirit, I have begun to dismantle the studio. I look forward to piecing it back together in a new and inspiring location, knowing that the sum of its parts will be even greater than what came before. click to read