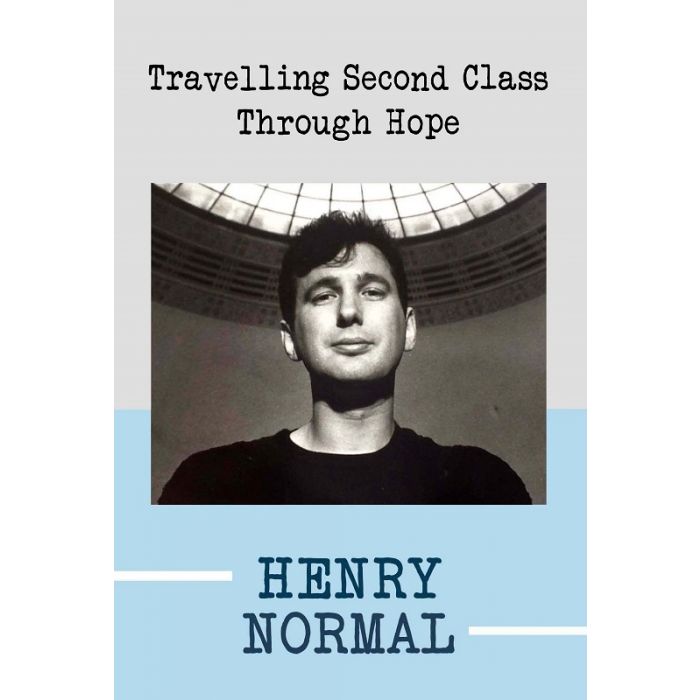 Skip to the beginning of the images gallery
Details
Travelling Second Class Through Hope contains seventy poems personally selected by the author from his early works and includes a Foreword by Lemn Sissay MBE. Henry Normal is a writer, poet, TV and film producer, founder of the Manchester Poetry Festival (now the Manchester Literature Festival) and co-founder of the Nottingham Poetry Festival. In June 2017 he was honoured with a special BAFTA for services to television. Henry co-wrote and script edited the multi-award winning Mrs Merton Show and the spin-off series Mrs Merton and Malcolm. He also co-created and co-wrote the first series of The Royle Family. With Steve Coogan, he co-wrote the BAFTA-winning Paul and Pauline Calf Video Diaries, Coogan's Run, Tony Ferrino, Doctor Terrible, all of Steve's live tours, and the film The Parole Officer. Setting up Baby Cow Productions Ltd in 1999, Henry Executive Produced all, and script edited many, of the shows of its seventeen and a half year output during his tenure as MD. Highlights of the Baby Cow output during this time include Oscar-nominated Philomena, I Believe in Miracles, Gavin and Stacey, Moone Boy, The Mighty Boosh, Marion and Geoff, Red Dwarf, Uncle, Nighty Night, Hunderby, Camping and Alan Partridge. Since retiring in April 2016, Henry has written and performed three BBC Radio 4 shows, A Normal Family, A Normal Life and A Normal Love, combining comedy, poetry and stories about bringing up his autistic son. Born in St Annes, Nottingham, Henry now lives in Brighton with his wife the screenwriter Angela Pell and their son Johnny. He was recently given a Honorary Doctorate of letters by Nottingham Trent University and has had a beer named after him in his home city.