Thinking While Black: Translating the Politics and Popular

£16.95
40 Available
ISBN
9781771136075
Add to Wish List
Thinking While Black: Translating the Politics and Popular is available to buy in increments of 1
Skip to the end of the images gallery 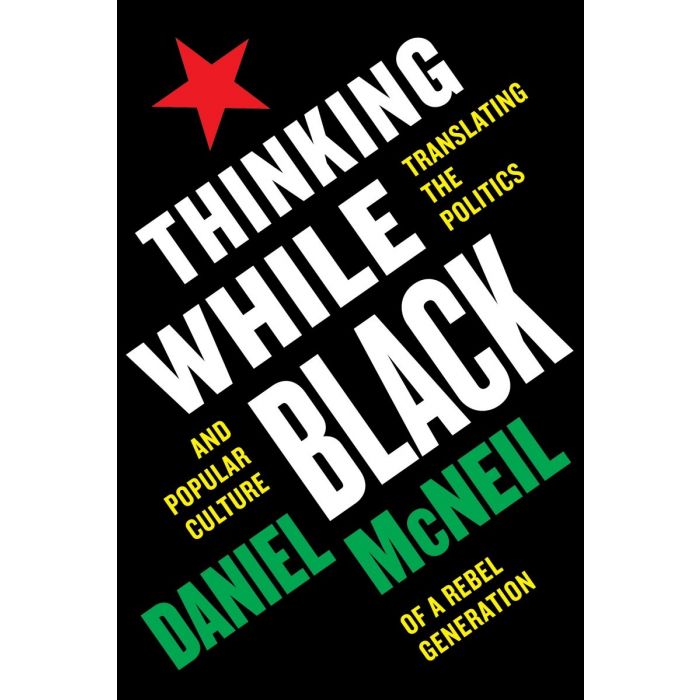 Skip to the beginning of the images gallery
Details
Translating the Politics and Popular Culture of a Rebel Generation This uniquely interdisciplinary study of Black cultural critics Armond White and Paul Gilroy spans continents and decades of rebellion and revolution. Drawing on an eclectic mix of archival research, politics, film theory, and pop culture, Daniel McNeil examines two of the most celebrated and controversial Black thinkers working today. Thinking While Black takes us on a transatlantic journey through the radical movements that rocked against racism in 1970s Detroit and Birmingham, the rhythms of everyday life in 1980s London and New York, and the hype and hostility generated by Oscar-winning films like 12 Years a Slave. The lives and careers of White and Gilroy—along with creative contemporaries of the post–civil rights era such as Bob Marley, Toni Morrison, Stuart Hall, and Pauline Kael—should matter to anyone who craves deeper and fresher thinking about cultural industries, racism, nationalism, belonging, and identity. PRAISE “A must-read for all committed to a critically engaged approach to the study of race, inequality, and counter-cultural musings. Daniel McNeil offers a lucid, smart, well-written, and wonderfully novel contribution to twenty-first-century Black studies scholarship. It is truly a superb reflection on the deep histories of Black Atlantic intellectual thought.” – Kamari Maxine Clarke, distinguished professor of Transnational Justice and Socio-legal Studies, University of Toronto “Daniel McNeil has written an insightful, deeply informed account of transnational Black intellectual thought and cultural critique told through the entanglements of two contrasting figures, British cultural theorist Paul Gilroy and American film critic Armond White. A nuanced, intriguing, and provocative read.” – David Theo Goldberg, distinguished professor of Comparative Literature and Anthropology, University of California, Irvine “Daniel McNeil has undertaken a heroic endeavour. Through the low-end frequencies of his own soulful voice, he has reminded us of something we once had: a genuine open-air forum for intellectual reflection on the politics of popular culture. Paul Gilroy and Armond White are ideal characters for the drama of ideas McNeil presents on the page, driven by noble commitments yet deploying an uncompromising zeal in their aesthetic judgments. Thinking While Black is a hell of a book, and it just might offer us the chance to break out of our current hellish predicament in the world of cultural criticism.” – Dhanveer Singh Brar, lecturer in Black British history, University of Leeds (UK)