£17.00
391 Available
ISBN
9788086264523
Add to Wish List
Tender Barbarian, The is available to buy in increments of 1
A series of texts forming a "novel" that pays homage to Hrabal's escapades with graphic artist Vladimír Boudník and poet Egon Bondy in Prague's Liben district in the 1950s. Included is a selection of Boudník's own writing and artwork from his Explosionalist period.
Skip to the end of the images gallery 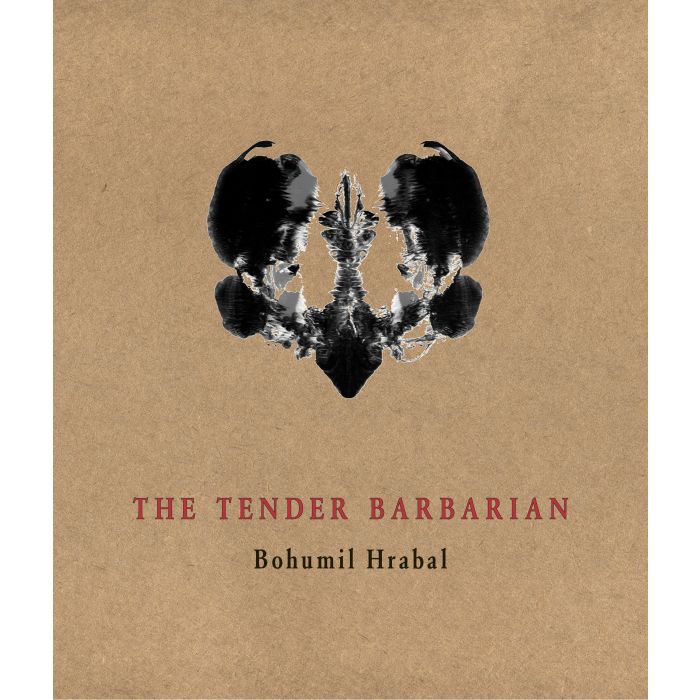 The Tender Barbarian is a series of texts Hrabal compiled on the one hand pays homage to his deceased friend, experimental graphic artist Vladimír Boudník, and on the other as a somewhat fictionalized account of their life during the 1950s in Prague–Libeň, avant-garde poet/philosopher Egon Bondy acting as Boudník’s foil and dialectical antithesis. By the end of the 1940s all three were trying to move beyond Surrealism: Bondy and Hrabal with Total Realism and Boudník with Explosionalism, an associative method of graphically interpreting random blotches. Boudník here plays the naif, a proletarian artist, a tender barbarian to whom a state of grace comes naturally, spontaneously, while for Bondy, who is poring over philosophical tomes to learn how to achieve such a state, this becomes a never-ending source of frustration and admiration, to which he reacts with streams of invective. Hrabal once mentioned that when he sat down in 1973 to write something about Boudník for an exhibition and samizdat publication to commemorate the fifth anniversary of his death, he just kept writing and writing, and the book does read almost like an automatic text as one episode spills into another, the interplay between the two protagonists forming the dialectic that Hrabal indicates he has borrowed from Boudník’s mode of being and creating.

Whether the book is rightly called a novel, fiction or non-fiction, or both at once, it is a compelling testament to an era and a group of friends who lived for and in art and managed to find beauty and the marvelous even in the dungheap that was Stalinist Czechoslovakia. As Hrabal put it: "I saw two people with the thumbprint of God on their brows: Vladimír and Egon Bondy." This edition is complemented by a selection of Boudník’s Explosionalist texts and prints.