£10.00
41 Available
ISBN
MSLUICE012
Add to Wish List
Sluice 12 Spring/Summer 2022 is available to buy in increments of 1
Skip to the end of the images gallery 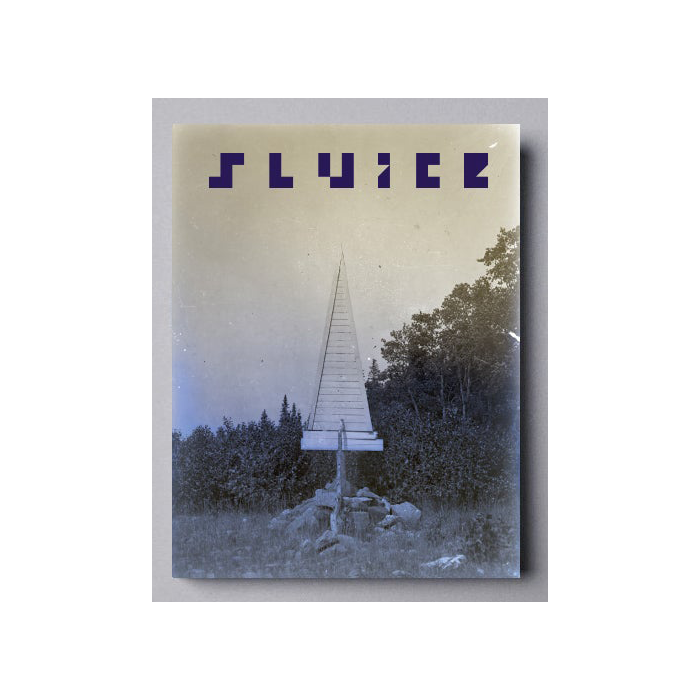 Territory refers to possession, conflict and control, it speaks of history and consequences. Territory is managed space; marked for development or protected or exploited for raw materials, used to displace or contain, it is socially constructed. The production of territory is the institutionalisation of space to achieve control. Territory manifests a slow trans-generational violence. In 2022 both Sluice magazine editions will be dedicated to Territory.

In this edition we look at the point of formation, the location where territory is forged, wrestled into existence, contested and resisted. Territory is often finite, sometimes hard to access and always carries a conceptual component. Whether it’s because of the territory itself, the opportunity to control access to the territory or because different constituents believe they have primary rights over the territory; conflict inevitably follows.

Conflict is never contained or limited by the primary battlefield. Economic and political sanctions extend the ‘theatre’ in the case of military aggression. Whilst in the commercial space territorial arbitrage maximises profit via international variances in tax regimes, workforce overheads and material costs.