£12.00
More than 50 Available
ISBN
9788086264318
Add to Wish List
Passive Vampire, The is available to buy in increments of 1
A delirious text on objects and their talismanic power.
Skip to the end of the images gallery 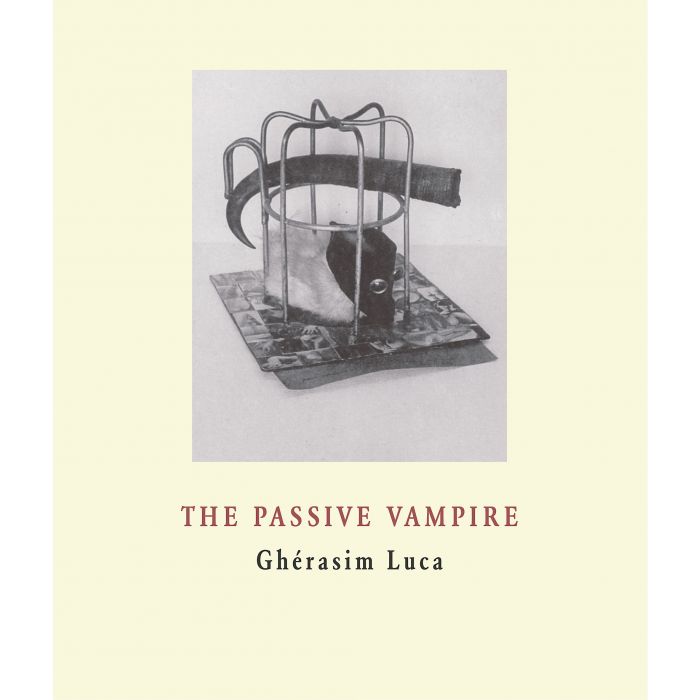 Originally published in 1945 in Bucharest, The Passive Vampire caught the attention of the French Surrealists when an excerpt appeared in 1947 in the magazine La part du sable. Luca, whom Gilles Deleuze referred to as one of the greatest poets, attempts here to transmit the “shudder” evoked by some Surrealist texts, such as André Breton's Nadja and Mad Love, probing with acerbic humor the fragile boundary between “objective chance” and delirium. Impossible to define, The Passive Vampire is a mixture of theoretical treatise and breathless poetic prose, personal confession and scientific investigation — it is 18 photographs of “objectively offered objects,” a category created by Luca to occupy the space opened up by Breton. At  times taking shape as assemblages, these objects are meant to capture chance in its dynamic and dramatic forms while illuminating the nearly continual equivalence between our love-hate tendencies and the world of things.

"The Passive Vampire [...] is a surrealist work, but one that goes beyond mere dadaist playfulness and becomes much darker and more disturbing. There is a whiff of sulphur from its pages, and when he writes "the medieval pyres are still burning" you note the date and reflect that perhaps "surrealism" is not quite the mot juste.  — Nicholas Lezard, The Guardian