The British Natural History Collecton: VOLUME 3
– This entirely new book takes us into the world of moles. Most of us see a mole as simply something to be destroyed, and never get to know the astonishing animal that lives under our feet. And yet moles are mighty and beautiful, mysterious and independent, resilient and industrious. 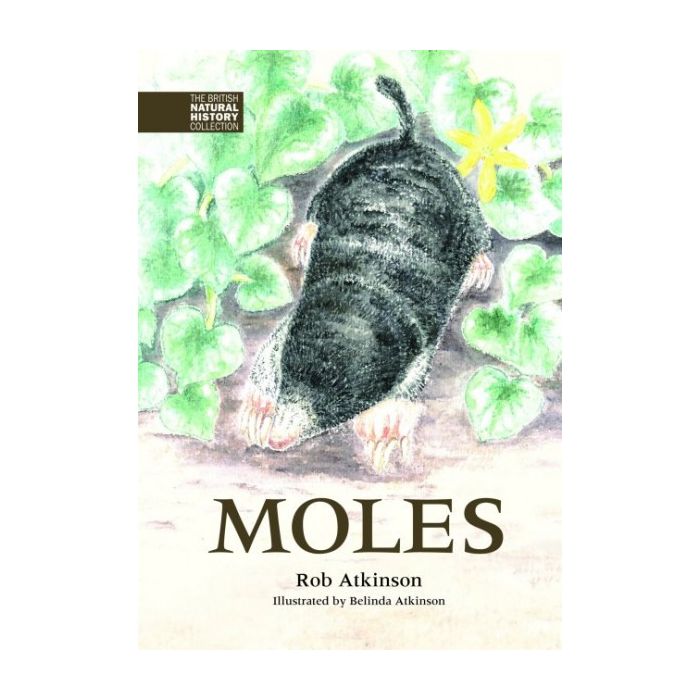 Because Moles live underground they are beneath the notice of most people except when they torment us wth their molehills. This book shows how fascinating these little animals really are.
In the lonely darkness of their tunnels hunger forces moles on a cycle of digging, patrolling and eating, broken in spring as males drive themselves to exhaustion on mating forays, and females raise babies in warm nests. When their time comes young moles make dangerous journeys above ground—just the start of the perils that lie ahead. Sadly, we humans add to their woes, holding moles’ representatives in literature in far more affection than we do the real animal.
Rob Atkinson, who studied moles at the Wildlife Conservation Research Unit at Oxford University, takes the reader into the shadows of the tunnels, uncovering a world of secrets few have ever seen. He also gives some tips on how to study moles.
The book is beautifully illustrated throughout by Belinda Atkinson.
The British Natural History Collection is a new library aimed at all those with an interest in the mammals and birds of Britain. All the books have been written by people who have first-hand knowledge of the species through their work or research. Rich in scientifically-researched information each volume is written and illustrated in a style that will appeal to both young and old.