£14.50
195 Available
ISBN
9780993170010
Add to Wish List
Keeping Afloat is available to buy in increments of 1
An inspiring and entertaining memoir by Gren Middleton and Juliet Rogers, founders of the Puppet Theatre Barge on the river Thames. "Fortunately we had a dream, and alongside of it a good deal of energy, naivety, recklessness and determination."
Skip to the end of the images gallery 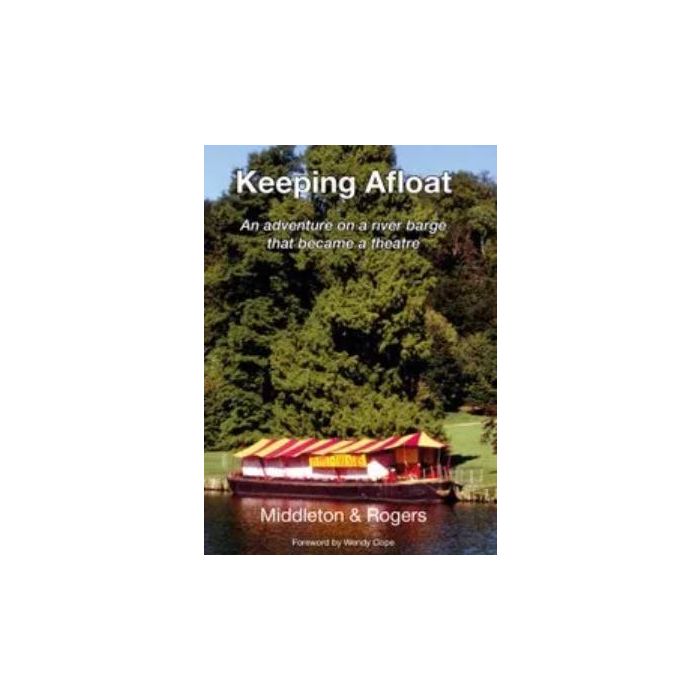 Skip to the beginning of the images gallery
Details
Gren Middleton and Juliet Rogers joined forces to set up Movingstage Marionette Company in 1978, their aim being to produce and promote marionette drama. After four years of touring they realised that a venue for presenting their productions without compromise was needed. This is the story of how they found and converted an old Thames barge into a 55-seat theatre and the years that followed. Despite silted up canals, powerful tides, unbending bureaucracy, suspicious local authorities, early mobile phone systems, and much more, the theatre is still playing to full houses. Now an established venue on the London theatre scene, run by three generations of the family, the Puppet Barge is based in Little Venice, London. Each year the floating theatre ups anchor and moves to Richmond-on-Thames for a summer season. It has now been open for nearly four decades and during that time has hosted thousands of performances.