£34.95
Not Available
ISBN
9781928359852
Add to Wish List
Isandlwana: Solving the Enigma is available to buy in increments of 1
Skip to the end of the images gallery 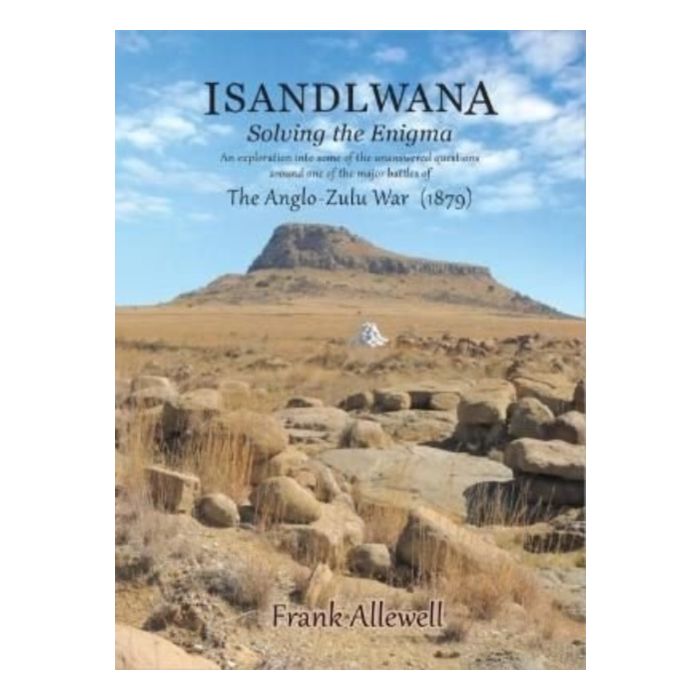 An exploration into some of the unanswered questions around one of the major battles of the Anglo - Zulu War (1879). When the great impi of Cetshwayo kaMpande was being torn apart by the bullets of the British infantry a solitary Zulu strode to the front of the men cowering in the donga’s of iSandlwana. The bullets tried in vain to find him as he walked forward showing the British all the disdain of a Zulu induna. The warriors on hearing the praise name of Cetshwayo leapt to their feet and charged the British lines.

The Battle of iSandlwana had entered its final phase. A Martini Henry rifle found its target and Mkhosana kaMvundlana Biyela died, his job done and his place in history secured. Why did Anthony Durnford decide to defend the camp from a donga so remote from the camp? Colonel Anthony Durnfords movements about the battlefield and beyond led to him being blamed for the greatest defeat suffered by a modern army against tribal opposition. His route from the camp and return is analysed and reasons given for his defence of the Nyogane donga so far from the camp. Why did the Rocket Battery deviate from its intended path? The movements of Lieutenant Scott and Trooper Walwyn Barker of the Natal Carbineers are critical in determining the course taken by the Rocket Battery.

Close examination of the key personal statements give credence to their ultimate interactions with the Rocket Battery. The Rocket Batteries Demise. The Rocket Batteries path from the camp to the top of the Nqutu ridge and the reasoning behind the deviations by Major Francis Broadfoot Russell from his orders is investigated using actually marching times garnered from the battlefield. Old statements have been examined and key points used to place the path to their ultimate demise.