£16.99
22 Available
ISBN
9780620816298
Add to Wish List
Independent Factor, The is available to buy in increments of 1
Denis Worrall’s overwhelming interest in politics kindled his ambition to bring about change in South Africa, at a time when most of us were in despair. In this book, he provides many insights into his encounters, frustrations and triumphs after he made the decision to become actively involved in politics.” – Professor Andrew Duminy
Skip to the end of the images gallery 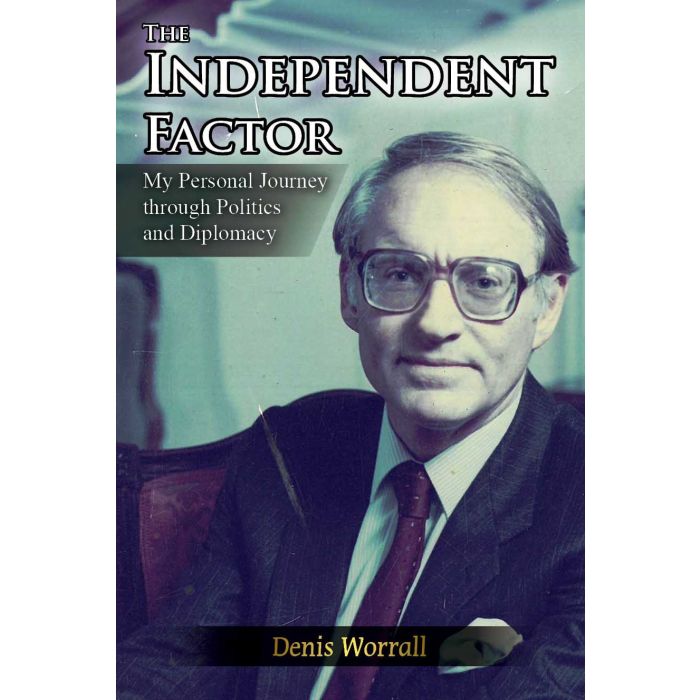 Skip to the beginning of the images gallery
Details
Some human events simply don’t tire with time, and what Denis Worrall did a couple of decades ago has a deep relevance for our own times. This is the story of his political career and, above all, of his momentous decision to resign as South African ambassador in London and return home to the rough-and-tumble of politics. Back in the country he took on, individually and independently, an arrogant Nationalist government in the Helderberg constituency, which most experts regarded as unwinnable. But Denis lost it by a mere 39 votes out of over 18,000 cast, in a contest that attracted worldwide interest. As one international journalist put it: “Today Whitehall, Washington and Bonn are no longer looking to Pretoria but to Helderberg for signs of movement and hope.” And this Denis gave them by bringing together his Independent Party with the Progressive Federal Party to establish the Democratic Party, of which he was one of the leaders, so ending “white only” politics. As the Sunday Times said: “Watershed! For the first time in decades there is a feeling the old order in white politics is nearing its end.” This didn’t just happen. It took courage, vision, determination and immense risk. Now for the first time, The Independent Factor, Denis’ memoir, tells this story from the inside in exciting and intimate detail. He offers his views on the crisis in our politics today and the challenge facing Cyril Ramaphosa and suggests what the DA can do to help him. This is an important read for South Africans and interested people worldwide. As Lord Charles Powell, Margaret Thatcher’s foreign affairs secretary, says: “Brilliantly written, The Independent Factor gives a penetrating view of UK–South African relations at the height of apartheid.” And as Bennie Rabinowitz, a leading member of the Cape Town business community, comments: “Denis has a story to tell – including the establishment of the Democratic Party, his international experience of leaders like Margaret Thatcher and Geoffrey Howe and, back home, Colin Eglin, FW de Klerk, Nelson Mandela and others. I found it gripping. A highly recommended read.”