Guesthouse at the Sign of the Teetering Globe, The

‘Who is this Hieronymus anyway, for God's sake. And who are we? What do we have to do with each other?’

In 1917, the world appears to be tilting on its axis. Accustomed certainties are no more, alliances are forged and just as soon abandoned. In the first of seven thematically related stories, we meet reform-minded German eccentric Hieronymus Edelmann on a Spanish island, where he leads a crocodile around on a leash and lures his compatriots to a precarious guesthouse. His motives are opaque, but one of his schemes is a correspondence association which appears to be an analogue chat room. Elsewhere we find the ‘polished little man’ who moves in truly mysterious ways and may in fact be a group delusion; a séance that turns into an illicit affair across dimensions; and a band of travellers overawed by the occult power of their luxury luggage – consumers possessed by their possessions. The surreal scenarios of The Guesthouse at the Sign of the Teetering Globeremain vivid and unsettling a century later. With dry humour and a profound sense of the uncanny, ‘bohemian countess’ Franziska zu Reventlow diagnoses a world in feverish transition. This is the first book by Reventlow to appear in English, in an edition that also features three short stories by the author and an extensive afterword. 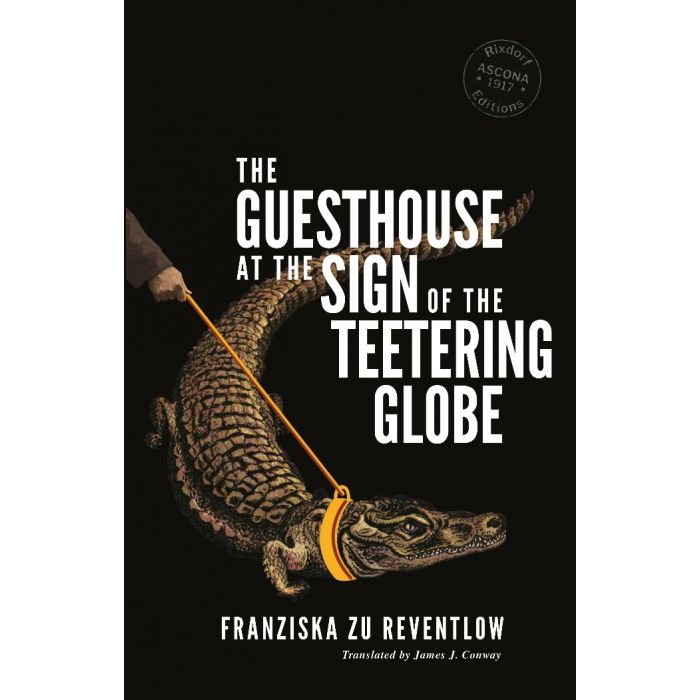 Born to the north German aristocracy, FRANZISKA ZU REVENTLOW (1871-1918) grew into a rebellious adolescent and abandoned her family once she achieved her majority. She spent the rest of her life in pursuit of total liberty – artistic, social and sexual – and became one of the most magnetic figures of Munich around 1900, when it was a dynamic centre of arts and letters and avant-garde notions. In the city’s bohemian circles she was both avid participant and astute commentator. Revered by her admirers as a ‘heathen Madonna’, Reventlow raised her illegitimate child alone, supporting herself with translation, satirical articles and even prostitution. She moved to Switzerland in 1910 but was unable to escape recurring patterns of illness and poverty, and died following a bicycle accident at the age of just 47. The five books Reventlow issued in her lifetime were all autobiographical to varying degrees, while posthumously published letters and diaries bear further witness to a life lived with bravery, integrity and passion.