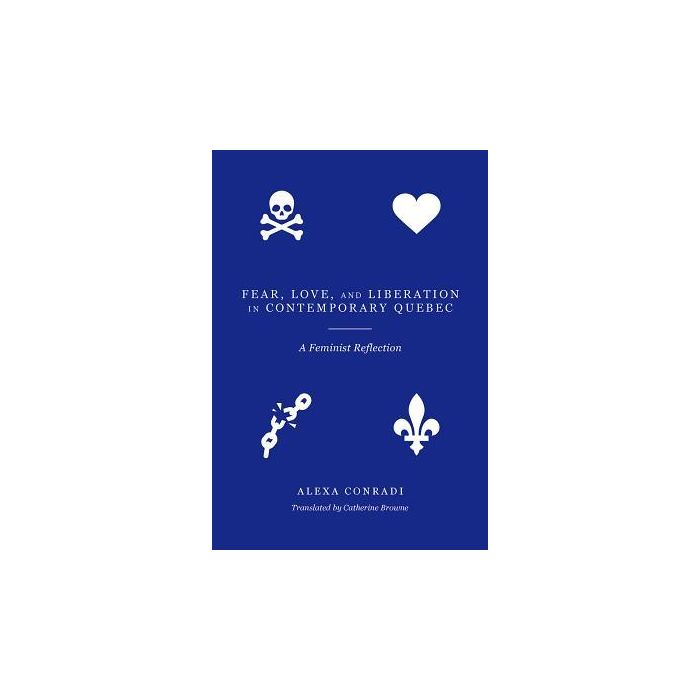 In response to rapid and unsettling social, economic, and climate changes, fearmongering now features as a main component of public life. Right-wing nationalist populism has become a hallmark of politics around the world.

No less so in Quebec. Alexa Conradi has made it her life's work to understand and to generate thoughtful debate about this worrisome trend. As the first president of Quebec solidaire and the president of Canada's largest feminist organisation, the Federation des femmes du Quebec, Conradi refused to shy away from difficult issues: the Charter of Quebec Values, religion and Islam, sovereignty, rape culture and violence against women, extractive industries and the treatment of Indigenous women, austerity policy and the growing gap between rich and poor. This determination to address uncomfortable subjects has made Conradi--an anglo-Montrealer--a sometimes controversial leader.

In Fear, Love, and Liberation in Contemporary Quebec , Conradi invites us to take off our rose-coloured glasses and to examine Quebec's treatment of women with more honesty. Through her personal reflections on Quebec politics and culture, she dispels the myth that gender equality has been achieved and paves the way for a more critical understanding of what remains to be done.