£15.95
25 Available
ISBN
9780850368372
Add to Wish List
China's Rise: Strength and Fragility is available to buy in increments of 1
What are the social forces behind the rise of the China? Which classes have power? China is a bureaucratic capitalist state – a special kind of state capitalism. The state has been entirely privatized and works for bureaucratic capital. Bureaucracy and state have merged. Combining the coercive power of the state and the power of money, the bureaucracy enjoys all the advantages of state capitalism in promoting both break neck industrialization and in taking anti-cyclical measures in the midst of the current Great Recession. The strength of the bureaucracy is the result of an unusual alignment of class relations. The 1949 revolution and subsequent developments, in combination with China’s particular characteristics and backwardness, have worked together to keep the working class docile. Paradoxically, the rise of capitalist China has fundamentally changed lives and conditions. China has been modernized to the point that half of the population live in urban areas. Self-esteem has been raised and raised expectations are at play among a new generation of the working class. People deeply demoralised in the defeat of the 1989 democratic movement are beginning to revive. Chinese state capitalism is beginning to exhaust its strength as it increasingly relies on rapidly expanding public debt. Recent struggles suggest that in China a new dawn is not far away.
Skip to the end of the images gallery 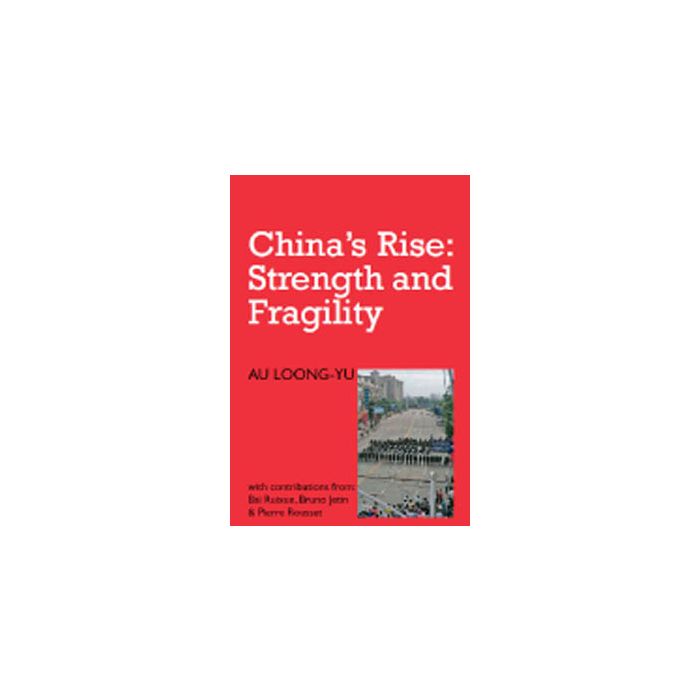 Skip to the beginning of the images gallery
Details
“A collection of lucid and enlightening essays. Au Loong Yu shows the potential of the theory of Karl Marx – not to legitimize existing regimes but as a tool to analyze and criticize capitalist class societies. He leaves no doubt that China has become capitalist to the fullest extent – with the party bureaucracy as the new bourgeoisie. This leads to old and new contradictions, not to the end of history.” Bodo Zeuner, Professor of Political Science, Berlin. “Au Loong Yu’s book is the best one currently available on modern China and the first one that socialists should turn to for insight when workers in that country inevitably resume their resistance in the future.” Counterfire Contents: Part I: The rise of China and its inherent contradiction (Au Loong-Yu); China going global – an investigation on China’s foreign investment (Au Loong-Yu); The role of China in the global capitalist economy (Bruno Jetin); China: Globalization and nationalist responses (Au Loong-Yu); Comment on Wang Hui’s The End of Revolution: China and the Limits of Modernity (Au Loong-Yu); Liu Xiaobo and the Chinese liberals (Au Loong-Yu); Maoism: its contribution to the Chinese revolution and its limitation (Pierre Rousset); On Tibet (Au Loong-Yu). Part II: Contemporary Labour Resistance in China, 1989-2009 (Au Loong-Yu with Bai Ruixue); From “Master” to “Menial” – Chinese SOEs Workers in Contemporary China, (Au Loong-Yu).; Disposable Labour under Social Apartheid- Rural Migrant Workers as the New Working Class (Au Loong-Yu).; The role of ACFTU (Bai Ruixue); Signs of hope: Resistance in China today (Au Loong-Yu with Bai Ruixue). Part III: Alter-Globo in Hong Kong – Interview of Au Loong-Yu by New Left Review.