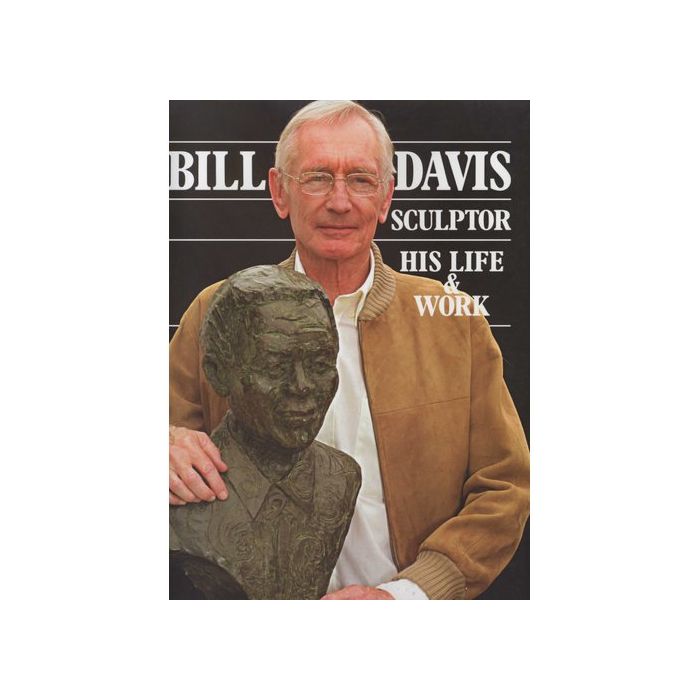 Skip to the beginning of the images gallery
Details
Illustrated in colour with photographs of the artist's sculptures and reproductions of his graphic works, this title covers six decades of his artistic output and tells the story of his life. It includes his manifesto which gives the reader invaluable insight into the mind and soul of the artist. It was launched on the artist's 77th birthday in February 2010. Bill's impressive curriculum vitae includes details of his numerous solo and group exhibitions, prizes, public and private commissions, and of the public collections that include works of his, including the Iziko National Gallery in Cape Town. Major influences in Bill's training were Professor Lippy Lipschitz, Russell Harvey, May Hillhouse and Katrina Harries at the Michaelis School of Fine Art of the University of Cape Town, and Professor P Esser at the Rijksakademie van Beeldende Kunsten in Amsterdam. Cecil Higgs was a great friend and mentor who convinced Bill in 1971 that he must leave teaching and work full-time as a sculptor. The book provides fascinating insights into the institutions in which he studied and the artistic milieu in South Africa. In 2008, when Bill was recovering from lymphoma and months of debilitating treatment, Jane Raphaely commissioned a portrait bust of Nelson Mandela for the Mandela Rhodes Foundation, which now graces the entrance foyer of the Foundation's headquarters in St George's Mall in Cape Town. Bill continues his work in his studio in Vermont near Hermanus in the Western Cape. When the writing was nearing completion Jan Mostert joined the team. His expertise in design and his part in choosing the illustrative material have made a significant contribution to the beauty of the production, as do David Richardson's excellent photographs. The book includes a catalogue of Bill's works from 1952 to 2009, and is fully indexed.