£24.00
More than 50 Available
ISBN
9789491780189
Add to Wish List
Letters of Douglas Oliver and J. H. Prynne, 1967-2000, The is available to buy in increments of 1
“The correspondence between J. H. Prynne and Douglas Oliver is gripping and illuminating, brilliantly edited and completely absorbing. Two great poetic intelligences respond to each other’s work and to the society around them, thinking through the issues at stake in their poetic practice, their differences in approach, the different worlds they inhabit, their shared commitment to writing poetry and their admiration of each other’s work. The letters, complex as their matter can be, repay repeated reading; taken together, over a period of 33 years, they chart the context and creation of some of the most significant work in late twentieth-century poetry. This is an utterly engaging volume, and should be read by anybody interested in poetry and its place in the contemporary world.” —Ian Patterson
Skip to the end of the images gallery 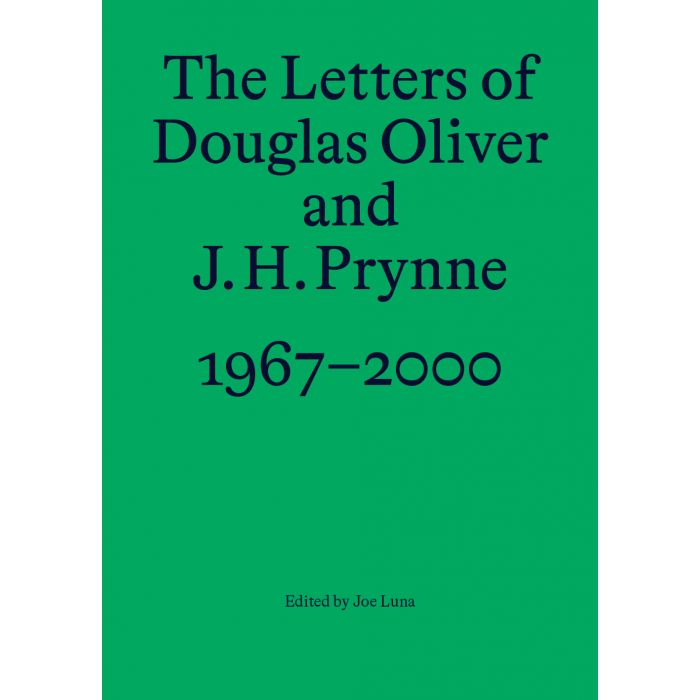 Skip to the beginning of the images gallery
Details
Douglas Oliver (1937–2000) and J. H. Prynne (b. 1936) are two of the most original and ambitious poets of the contemporary era. Eschewing the conservativism of mainstream postwar British verse and embracing influences from America and Europe, each developed their craft through continuous correspondence and exchange as part of the febrile scene of poetical community and contestation that emerged in Cambridge in the 1960s. Their works over the following decades exhibit frequent shifts in form and style, from Prynne’s radical transformation and dispersal of the lyric tradition to Oliver’s adaptation of dream visions and medieval-inspired verse satires. Their letters are a record of both the high stakes and playful experiments that constitute the writing lives of two singular poets determined not just to engage with modern political and social life during decades of crisis and upheaval, but to contribute through the circulation and publication of poetry to what Oliver calls “a community of political ethic.” Over the course of more than thirty years of friendship and mutual appreciation, the motivations for, and consequences of, their poems are constantly worked through, tested out, evaluated, and contradicted, always with a view to what the poetry means for the other, for the poetical communities they inhabit, and for the life of poetry itself. This volume collects for the first time the majority of Oliver and Prynne’s correspondence, allowing new insights into the literary, political, and historical contexts of their lives and writing. An introduction, notes, and appendices provide a scholarly apparatus to situate Oliver and Prynne among the poets and publishers with whom they worked and socialized, and to identify and expand upon their frequent references to an enormous range of source material and reading matter.