Shortest History Of the Soviet Union, The

£8.99
Not Yet Published
ISBN
9781913083403
Add to Wish List
Shortest History Of the Soviet Union, The is available to buy in increments of 1
Skip to the end of the images gallery 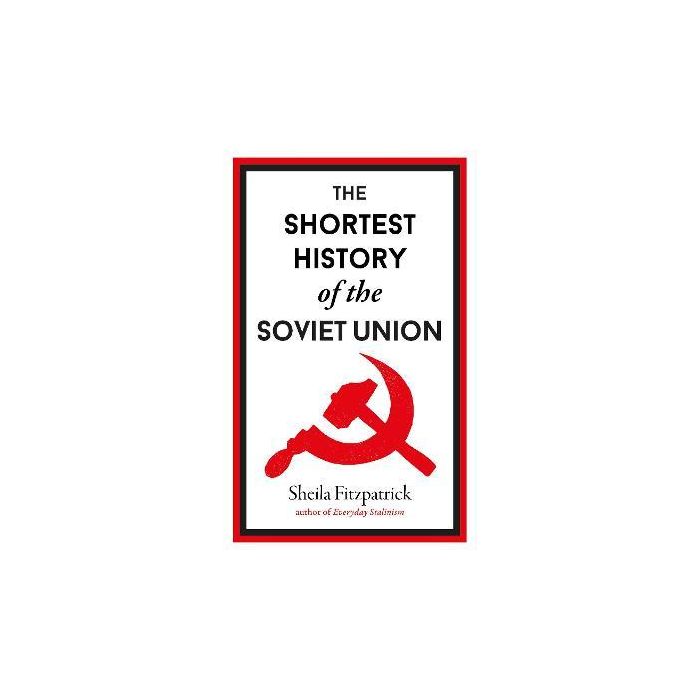 The Soviet Union arrived in the world accidentally and departed unexpectedly. More than a hundred years after the Russian Revolution, its tumultuous history continues to captivate us and to influence global politics today.
From Revolution and Lenin to Stalin’s Terror, from the Great Patriotic War to Gorbachev, The Shortest History of the Soviet Union is a lively and authoritative distillation of 75 years of communist rule, written by one of the world’s foremost experts.
Fitzpatrick explores the fate of non-Russian republics often left out of the history books, gives portraits of key figures and traces the aftermath of the regime’s sudden collapse, including the rise of Vladimir Putin, a product of the Soviet system if not quite the Soviet nostalgic he is sometimes claimed to be. Colourful asides on everything from ‘Red Moscow’ (‘the Soviet Chanel No. 5’) to Soviet jazz provide a fascinating backdrop to the main narrative.
This is a small masterpiece of history writing -- essential reading for anyone who wants to understand this century as well as the last.