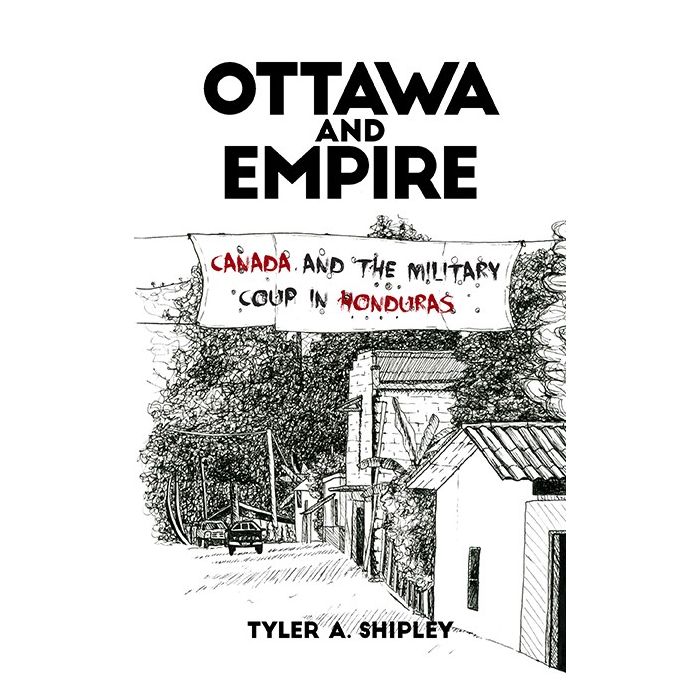 Skip to the beginning of the images gallery
Details
Canada and the Military Coup in Honduras In June 2009, the democratically elected president of Honduras was kidnapped and whisked out of the country while the military and business elite consolidated a coup d’etat. To the surprise of many, Canada implicitly supported the coup and assisted the coup leaders in consolidating their control over the country. Since the coup, Canada has increased its presence in Honduras, even while the country has been plunged into a human rights catastrophe, highlighted by the assassination of prominent Indigenous activist Berta Cáceres in 2016. Drawing from the Honduran experience, Ottawa and Empire makes it clear that Canada has emerged as an imperial power in the 21st century. -- Based upon meticulous fieldwork, including dozens of interviews with activists in resistance communities, this book is a compelling account of the nefarious effects of Canada’s foreign policy in Central America and elsewhere. Shipley shatters the illusion that the Canadian government is dedicated to keeping ‘peace.’ This book is a must-read for activists and academics interested in international relations, international development, and social movements, which provides an alternative account of the official story of intervention in Honduras. – Susan Spronk, associate professor of international development and global studies, University of Ottawa --- The overthrow of Honduras’s elected government in 2009 was a swift, brutal reminder of the limits of freedom that a small country is allowed. The murders of pro-democracy activists in the years since have ensured that low-key terror is a part of political life. Based on close engagement with the people struggling for their rights in Honduras, Tyler Shipley’s book tells the story of the coup and the regime that followed. He reveals the continuity between Canada’s role in the coup and its foreign policy from Haiti to Afghanistan. Tracing the profits flowing to Canadian corporations and describing the bizarre colonial fantasies of “Charter Cities,” Shipley’s book will dispel any illusions readers may hold on to about Canada’s benevolent role in the world. – Justin Podur, author of Haiti’s New Dictatorship