£9.99
More than 50 Available
ISBN
9781838172077
Add to Wish List
Frances Creighton: Found and Lost is available to buy in increments of 1
A story of fated teenage love in Belfast just before the start of The Troubles.
Skip to the end of the images gallery 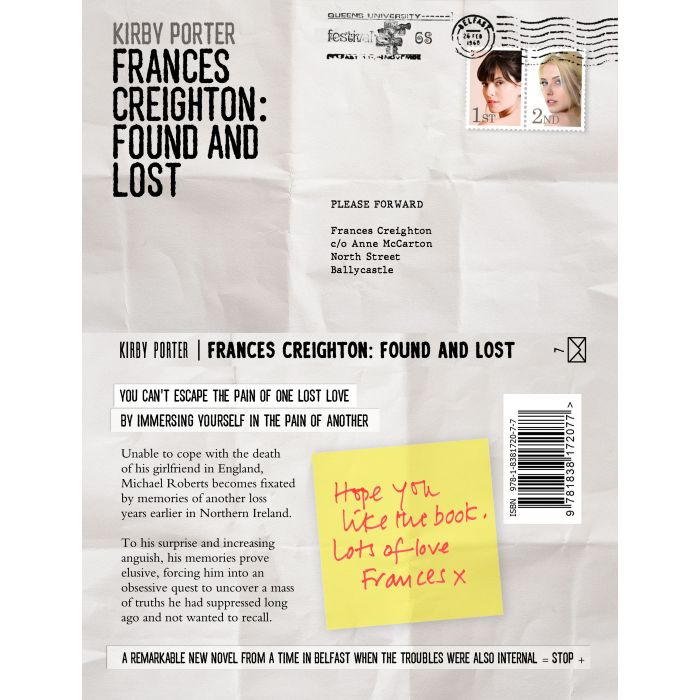 Skip to the beginning of the images gallery
Details
Unable to cope with the death of his girlfriend, Michael Roberts tries to find comfort in memories of another time and another place when he was in love for the first time. But that first time was as a schoolboy in Belfast, at the start of The Troubles in the late 1960s, and in a culture dominated by divides that weren’t just sectarian. To his surprise and increasing anguish, his memories—long buried—prove elusive, so that finding out what had really happened and why he had suppressed it becomes more and more of an obsession. As Michael gradually uncovers forgotten truths, he starts to learn something that challenges everything he ever knew about himself and the person he has become. Frances Creighton: Found and Lost is a deeply felt first novel that conveys the pain of late adolescence in a community where school and religion add more layers of cruelty to the under-lying instability of daily life and Northern Irish politics.